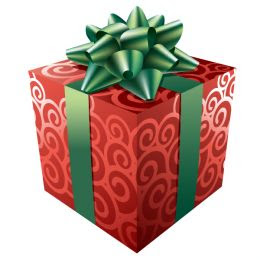 Hi, Teach parents!  We need YOU to volunteer to wrap gifts at Border's Books on Madonna Road.  Borders supplies all the gift wrap, and Donations/Tips go to our school, so why not spend a couple hours gift wrapping?  There's good company, holiday music on the speakers and it smells like coffee & chocolate in there.  I got some great Christmas gift ideas, met some really nice people and overall had a relaxing afternoon.  :)  Caius (my 4th grader) learned some customer service skills, and we had a nice time together.

Shifts are available Tuesday-Sunday this week, from 11-3.  There are also two shifts on December 22 (Tuesday) and lunchtime on the 23rd.  Can't do the whole thing?  Why not split it with a friend?  If you'd like a later afternoon shift or after work, I'm sure that would be ok too.  Please contact Sunshine Cowgill at 543-2717 or via email at sunshinecowgill@sbcglobal.net to reserve your shift.

Posted by Sunshine at 2:26 PM No comments:

Meeting minutes from November's meeting will be approved at the next meeting, which is scheduled for Jan. 8, 2010.

Cimi (Catalina) has been paid off.  There are Astrocamp bills still out.  A new set of invoices will be sent out soon.

Side note:  If anyone is missing anything from the BBQ, contact Kathryn Rogers.  A few things were left at her house.

There is an assembly today--Catalina report and trimester awards assembly.

Regarding the teacher taking over in 6th grade, when Mrs. Pudlo retires, applications have been taken.  There are hundreds to sort through.  Interviews will be the week before Christmas vacation.

Science Fair--packets went home with students this week.  Next Wednesday (12/09/09), a Cal Poly professor and some students will be coming to talk about science with the students here.  They will also come back in January.  The science fair is for all students, and is mandatory.  It will be held Feb. 24, 2010.

Teach school is writing an application to become a Distinguished School.  They are they only school that qualifies in San Luis Obispo County.  Mr. Block is hoping to have a rough draft by Wednesday.  The application will be highlighting the study trips, the uniqueness of Teach, the community involvement, and the things that are done in addition to the core work.  Parents can read through the applications if they wish.

Mr. Crabb needs more BB books for his classroom.  The teachers will be given request forms to submit for books.  Mr. Crabb will also be setting up an assembly for Special Olympics to come to our school to put on a presentation.

The student council is collecting toiletries for the homeless.  Please bring your extra toiletries to donate by noon on the 17th of December.

Taffy stated that the assemblies this year are going well.  In December, there will be a classical music assembly, and then a Wright Brother's performance.  In February, Cayucos school will come to perform The Velveteen Rabbit.  Later on  in the year there may be a Brazillian dance assembly.

Many ideas were discussed for fundraising for the next part of the school year.  Ideas included things the kids can do to help, such as carwashing, an Applebee's breakfast where the parents serve and the kids bus the tables, Border's gift wrapping, Family game night, and the Chili cookoff.

Next meeting:  Jan. 8, 2010.  After the regular meeting in January, there will be a short meeting to plan for the Chili cookoff/Family Game Night.