This is more than expected, yay Teach!  Congratulations to Vanessa and her army of volunteers on a fun and profitable event.

Thanks so much to our sponsors:

Thank you for your generosity!!
Posted by Sunshine at 5:52 PM No comments:

Kimberley introduced herself and invited other present to introduce themselves and to give a shout out to someone they wanted to thank for their work on Teach’s behalf.  There were thank-you’s offered to various board members, officers, and to last year’s board that helped Teach with the transition to this new location.
The minutes of the 5-30-14 Boosters meeting had been disseminated and read ahead of time by all board members present; there was one small amendment which is noted in the minutes (bottom of last page).  Brian Olson moved to approve the minutes as amended; Melinda Keller seconded the motion with all present in favor, none opposed or abstaining.
The date of the next meeting will be determined by polling board members for their availability for the year.  Notice will then be posted and sent out to all Teach parents.  Kimberley noted that reviewing the master calendar (fundraisers, etc) and chairperson vacancies would be postponed until the next meeting.
Brian Olson reviewed the budget.  He noted that the budget looks different from past budgets in that he has tried as much as possible to allocate expenses to their specific activities rather than having categories that were many expenses grouped together.  He also noted that in the past there was the notion that the $450 suggested parent pledge amount covers everything which is not the case.  This amount does not even cover the cost of class study trips alone.  The current board worked up the 10-$450-15 formula to show that the pledge amount and the 10/15 part of the pledge as well, were to help bridge the gap between district funds and class trips and enrichment activities that the teachers recommended for the year.  There were questions about the $450 amount being asked across the board rather than differing amounts based on the cost of each class’s study trip.  There was discussion of how this evens things out across the classes rather than singling out a class that did not contribute “enough.”  The new emphasis of the budget is on whole-school fundraising, and avoids the divisiveness of class-based reckoning.  Kimberley pointed out that the more we can grow Scrip and EScrip, the less the recommended $450 might become.  There was a question about if donations to Teach Boosters, particularly from corporations, are tax-deductible.  Brian is getting clarity on this issue; each entity should consult its own tax attorney for accurate information on this issue.  Melinda Keller moved to accept the 2014-2015 budget; Kimberley Wormley seconded the motion which passed with all present in favor, none opposed or abstaining.
There was discussion of the Pancake Breakfast fundraiser which is in 2 days.  Vanessa asked Jim Schimmer to email the Teach Task Force people and invite them to come to the breakfast.  Mr. McMillen will thank volunteers over PA at the event and will make an announcement for Chili Night at the breakfast itself.  The Elks may donate more goods than they have committed to, but they may not.  There will be Chili Cookoff reminder cards available at the Breakfast.
Kimberley spoke about some volunteer vacancies, including International Day.  Conversation took place and three co-chairs stepped forward!  Dondi Hubley is 6th grade play chair; she is asking for a co-chair in order to move forward.  CeRae Speidel mentioned that she is wearing two hats, and Terrie Marshall indicated she would take over being Board member at large.  Robin O’Leary moved to elect Terrie to this position; Brian Olson seconded the motion which passed with all in favor, none opposed or abstaining.
Mike Berger moved to adjourn the meeting; Laura Cooper seconded the motion which passed with all in favor, none opposed or abstaining.

Posted by Teach Booster Club at 4:30 PM No comments:

Tickets are $5 each and can be purchased at school or through Vanessa Rizzo (431-2975).  Tickets will also be available at the door. 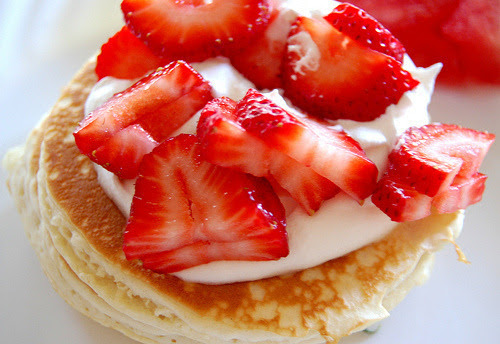 Special thanks to our sponsors:

Thank you for your generosity!!
Posted by Sunshine at 10:11 PM 2 comments: