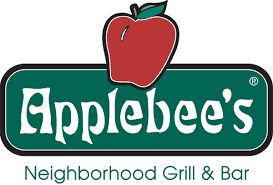 Saturday, March 12
8-10:00 a.m.
Come on down to Applebee's for a delicious pancake breakfast, served by our teachers, principal and staff!  Funds earned by ticket sales along with a generous donation from Matt Wormley and Adobe will help pay for our new Adobe software for our Digi-Lab.  More information coming soon.
Posted by Sunshine at 1:54 PM No comments:

Financial Report: Altee informed us that we have received a bill from the district for $11,209.58, from last year. Altee just received the bill in December, right before break, but it is for the 2009-2010 school year. She also received another bill for $19,000 from the district. She is checking with the district to see if the $11,209.58 is part of this bill. She has asked for an itemized bill from the district. She is also looking into last years financials, to see if this has already been paid, and may be a mistake. Altee is catching up on the bills, after having lots of GL scrip coming in and going out. We currently have $35,000 in the checking account, and we have CD’s. We have changed over the signers on all of our accounts at First Bank of San Luis Obispo to be Altovese Vigil, Sunshine Cowgill, and Dr. Ahmad Amir. A motion was put forth by Erica to accept these three people as the signers on our accounts. Taffy seconded the motion. All present were in favor. None were opposed.

Principal’s Report: We are now in 2011. We are almost halfway through this school year.
The fourth graders will be taking the writing test this year. (They didn’t last year due to budget constraints). The test will be given on March 1. March 2 is the only make-up day.

The Geography Bee is today.

Lice—still a problem at both schools. We have had 35 confirmed cases at the two schools. There were a bunch of new reports after break. Keep vigilant with getting rid of the nits.

Teacher’s Report: The books purchased for Battle of the Books for each teacher are now ready to be passed out to the teachers starting today. Thank you Jessica!

Mrs. Jones came in to give the Teacher’s Report today. She also brought in two students from the Student Council, Grace and Emma. They are requesting $210 to be spent from their fund to repay Mr. Jim Schemmer, who built the GaGa pit at the Chili Cook-off. Sunshine let them know that we would talk with the Student Council’s advisor, Laura Finz, and get back to them.

March 12 will be the Applebee’s Pancake Feed fundraiser, put on by the teachers, to help pay for the Adobe computer software in the Digital Media Lab. The cost will be $7 per ticket with $2 going to Applebee’s. The teachers are thinking of charging a smaller fee for children. Perhaps $5 for children. The teachers, Mr. Block, and the librarian are going to be the servers. There was a request for anyone who knows a local celebrity, to see if they would help serve also.

Tiger Tales are still going well. The classes are taking turns taping segments to be shown on TV.

Needs: A back drop for filming against, or $100-$120 for supplies and builders. Also, deck stain to protect the GaGa pit, and hinges and plywood to build the backdrop.  Also, $368 may be needed to pay for Ms. Kelly’s student teacher to accompany the 5th graders on the field trip. She is still seeking approval from Cal Poly.

Budget: Erica suggested that the teachers be given a form that they would fill out letting us know what is going on in the classrooms, and what supplies are needed each month. The form would be due at the beginning of the first week of the month, so that we could know what is happening in the classrooms, and what the needs are. Then at our meeting, we could vote on the issues if needed.

We really need to start raising money. We are having a lot of money going out, and not much coming in. If we do all of the activities this year, as usual, without any fundraising, we will be at negative $28,000. This is the worst case scenario (if the district bills from last year have in fact not been paid yet). Best case scenario would be $15,000 in the negative. We have three options: 1). Do no other activities the rest of the year, and end up with only $6000 in the negative. 2). Charge $210 extra per family and keep the activities as scheduled for the year. Or 3). Do some fundraising. However, many people would have to get involved with this to make it work.

Dinner/Auctions can raise a lot of money.

It was suggested that we ask alumni for donations.

There will be a proposed budget meeting in May (it will be a separate meeting) so that planning can be done for next school year.

A chairperson is still needed for the March-a-thon.

Taffy requested that a form be filled out when there is a vote so we can have a record of those.

Altee will talk with Ahmad about the Student council funds, and to see if the Sun Dial (6th grade gift from last year for the garden) was paid for yet. We don’t see it in the garden.

Back to the students from Student Council’s request…Taffy moves to let the Student Council use their funds (providing they have enough) to reimburse Mr. Schemmer for the GaGa pit. Jessica seconded the motion. All were in favor, none were opposed.