Battle of the Books!

Friday, May 29, 10 teams of students competed in 6 rounds all morning to see who would face off in the Grand Battle of the Books after lunch.  Considering 154 of our 179 students participated, it was not easy to get to the finals!  It was an epic battle--neither team missed a question until number 18, and they ended the 24-question battle tied.  In sudden death overtime, the Dark Blue Team edged ahead to take the gold.  Congratulations to all of our students who competed (4th graders read at least 10 of the books, 5th graders read at least 12 and 6th graders read at least 14).  This was a culmination of a year-long reading program that was hugely successful! 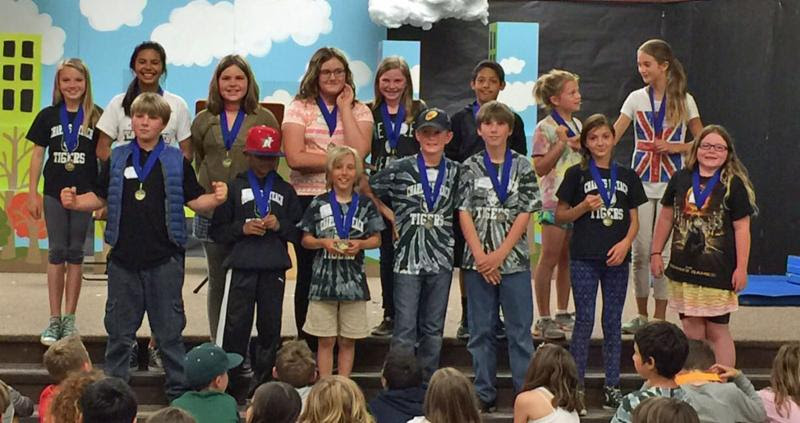 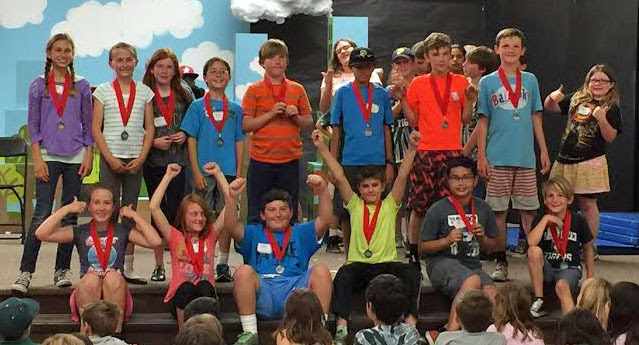 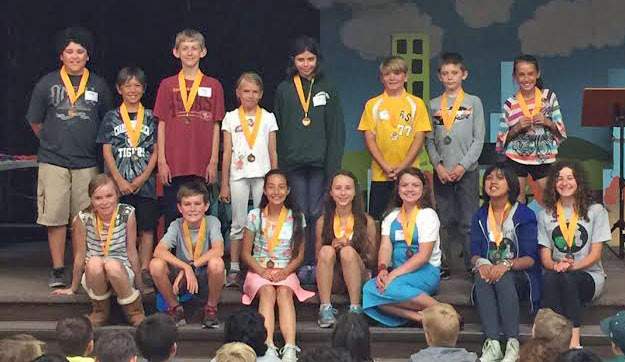 Special thanks to Robyn O'Leary and her many volunteers who ran the morning battles and provided snack and lunch for the students; and to Mr. Crabb for coordinating this school-wide event.
Posted by Teach Booster Club at 6:07 PM